Experience Shakespeare at the Mesa Arts Center with the Southwest Shakespeare Company! You won’t “sleep a wink.”

Here’s the experience of the Merry Wives of Windsor at the cozy Nesbitt/Elliott Playhouse.

The Nesbitt/Elliott playhouse has 200 seats.

The main Ikeda Theater in comparison is huge with 1558 seats.

The first time you sit in the Nesbitt/Eliott playhouse you have to wonder what it was designed for because it is so different from the spacious Ikeda Theater.

Somebody in our group said the Nesbitt Playhouse reminded him of the theaters in London England built just for Shakespeare plays. Then again it could be designed for families. All seats are in a steep incline and you can see everything even if you are a kid.

Not that Shakespeare appeals to children; just this theater is set up so if you sit in the very last row you can see everything no matter how tall the person is in front of you.

How do I know?

We almost got “in a pickle” because the show was just about sold out. The last row was all that was left. Even back there you can see the whole stage and there really are no bad seats.

Maybe a bit tight in the knees after a couple of hours until the “game is up.” Unlike the Ikeda Theater, there isn’t a whole lot of leg room you see, so be sure to take advantage of the stretch break.

The Merry Wives of Windsor is a wickedly clever play. And it was performed very well.

Somebody in the group said the actors of the Southwest Shakespeare Company performed as well as anything he had seen in England.

And funny! This play is a comedy and we laughed ourselves “into stitches.”

The Southwest Shakespeare Company has plays coming up in a couple other parts of the Mesa Arts Center. (Did you know there are 4 theaters under one roof?)

There is a small studio theater called the Anita Cox Farnsworth Studio. This theater has a very cozy 95 seats. It has 3 wheel chair accessible spaces and is good for people with crutches and seeing-eye dogs too. Seating is first come first serve and they all are excellent.

Tartuffe was a devilicious play by Moliere "the French Shakespeare." So you thought Madonna concerts were controversial? This play was a scandal. It was originally performed in Versailles in 1664. You could get excommunicated for seeing it. You will love it. The leering hypocritical priest Tartuffe is hysterical.

We saw "A Winter's Tale" performed by the Southwest Shakespeare Company in the Farnsworth Studio and it has to be a favorite place for plays. Why? Because it's like watching a play in your living room! 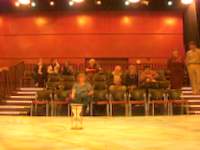 Well, if you have a large living room.

The Studio is real cozy. You can buy a souvenir cup of Holiday Wassail in a mug and enjoy it while you watch the play. Just like you would if you had company in your home. The souvenir mug has an inscription that reads "Let's drink together friendly and embrace"-King Henry VI.

A medium size theater is the Virginia G. Piper Repertory Theater which will seat 550. 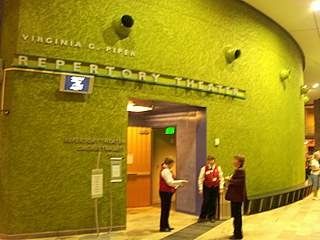 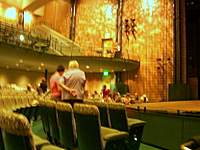 "As You Like It" was performed in the cozy Piper Repertory. If you have never been there before it is laid out with a very gentle slope of seating with a balcony, unlike the steep seating arrangement of the Nesbitt Playhouse. The stage is tipped up so you almost can reach out and touch the actors, or at least see them at eye level.

Othello was performed in this theater. Have you seen this Shakespeare play before? Do you have this vague feeling that they are all effete and wimpy tales? This was a powerful performance and without spoiling the ending, let's just say if you sat in the first two rows you could get splashed with a little stage blood!


The best part of the experience is one of the directors will lead a short synopsis of the play outside the building before the show. Then after the play is done the directors and actors will take a seat on the stage in their street clothing and you can ask them questions.

Like "what's the difference between a monologue and soliloquy?" The professor said when you come home late after a date and get lectured at, that's a monologue and when you walk out it's a soliloquy. This is referring to the part in the play where Jaques says "All the world's a stage."

The lighting at night is fascinating.

Getting there is a “piece of cake” with all the parking around the Mesa Arts Center. You barely park the car, pay five dollars to the parking attendant, and you are there!

This sure beats some of the long frantic walks in dicey neighborhoods at some of the "big city" theaters. You feel very safe because there are lots of docents, security people, and good lighting.

Next thing you know you are wandering down the continuous lobby in front of all the playhouses. 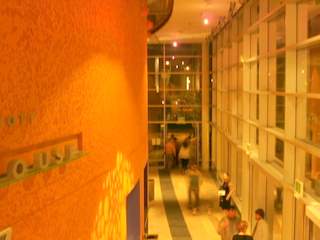 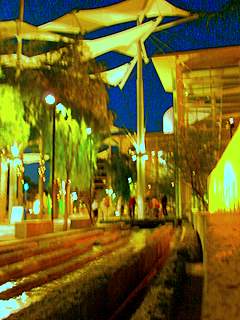 If you don’t want to be “left high and dry” make reservations to see the Southwest Shakespeare Company. Phone (480) 435-6868.  Website is: http://swshakespeare.org/

And yes, the phrases in quotes are attributed to Shakespeare. And that is “the long and short of it.”