The Commemorative Air Force Museum is a must-see destination in Mesa. You’ve seen old planes before but nothing will prepare you for this museum.

A picture is said to be the equivalent of a thousand words. However, pictures of planes are just so lifeless and flat. Here you will see, touch, and maybe FLY WWII aircraft! And more importantly you will learn the story of the people. You will catch glimpses about the thousands of people who made sacrifices for our freedom.

Here’s the first story you can see when you pull into to the parking lot.


There’s a big propeller on a stand and you can walk up and touch it. Run your fingers across the cold metal, feel the edge of the blade and then look at the shine of the finish. Check out the label on the prop. Then look down and read the caption. This is the kind of propeller that was on the B29 that ended WWII by dropping atomic bombs on Japan in 1945. 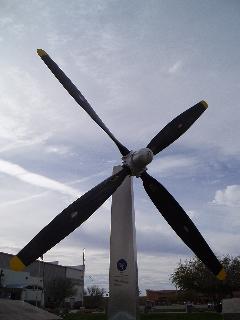 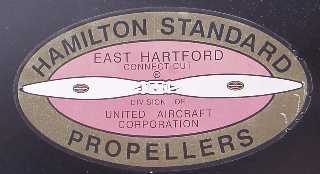 You enter the Commemorative Air Force Museum and pay a donation to get in. This is a non-profit museum that is entirely funded by donations with no government subsidies. Admission is a steal. We were greeted by a retired Canadian school teacher who was our docent and spent hours with us on a guided tour.

A couple hours “flew” by and we were getting ready to leave. Our docent said, “Hey, do you want to check out the B17G Flying Fortress?” I don’t know about you but I get kind of giddy when there is something new to see.

Ever wonder what the inside of a WWII bomber looks like, is it just like the movies? How cramped is it? The cool thing about this museum is that you can scramble through the fuselage and look at the plane from the inside! You can schedule a ride in this one too.

So we walked up to the front of the plane and went up the ladder and into the cockpit of the Flying Fortress. Turn around and you can check out the old instruments and the classic look of the controls. It’s real tight and you have to crouch and go on your hands and knees. Then up a few more steps and you look out backwards through the green plexiglas. This is top turret machine gun which protected the top of the Flying Fortress: 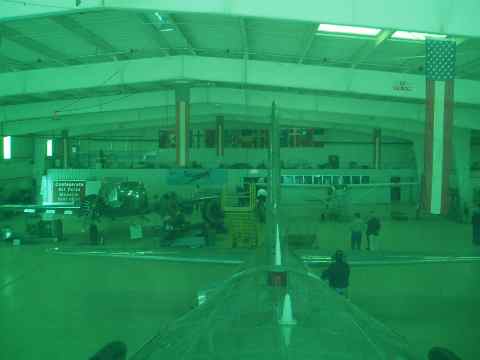 Then you squeeze through the bomb bay as you make your way to the tail. You can reach out and touch the bombs as you go by. Then you go past the radio station, over the ball gunner that protected the bottom and back of the plane then beside the waist gunner then out the tail of the plane. 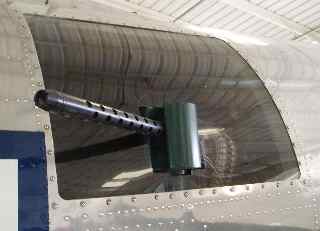 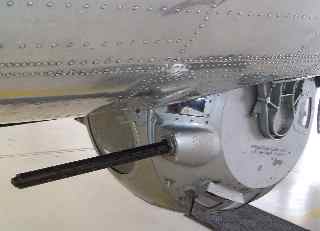 The B17 flight was no picnic in WWII. They sometimes flew at altitudes which made the air temp in the cabin go down to an arctic minus 60 degrees temperature in the cabin! Casualties were high. You realize this aircraft is way more than metal but a story about people and a historic struggle for freedom.

Many planes at the Commemorative Air Force Museum are privately owned and still fly. This is a working museum where aircraft are renovated back to flying condition. You can actually get a ride on some of the aircraft. Besides the B17G you can fly in a C45 transport, and a T-6 WWII trainer: 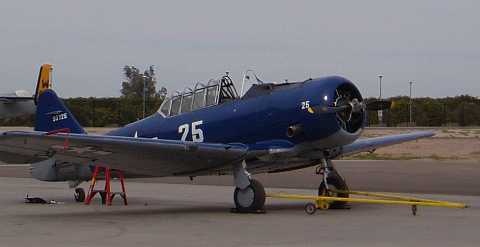 Check out the gift shop on your way out. I recommend the musical CD titled “Sentimental Journey” named after the B17G on location. There are some great WWII tunes. 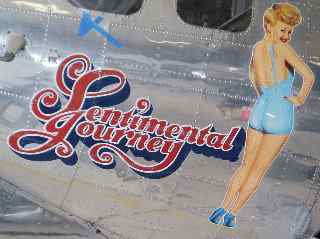 Located on the southwest side of Falcon Field next to some orange groves, please refer to the map below. Phone: (480) 924-1940.  See their website for more info hours and ride schedules: http://www.azcaf.org/